What Is Black Dog Syndrome? 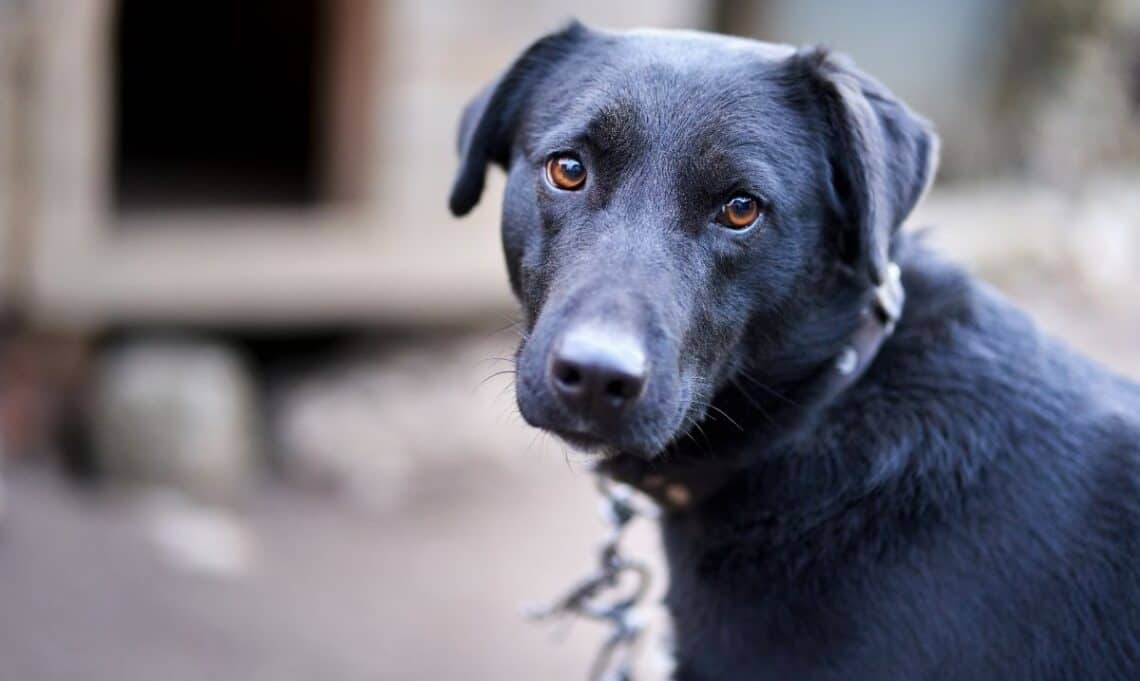 It has been noted that black dogs are often overlooked in shelters due to a phenomenon known as ‘Black Dog Syndrome’. What is Black Dog Syndrome? Let’s dig into how a dog’s coat colour may impact their chances of adoption and what you can do to help!

It’s hard to believe that it’s already October! This year has been flying by for us…

Does anyone else feel like we were just starting to embrace the summer weather and now it’s time for pumpkin everything?

They come in every size and shape, but they all have one thing in common… They deserve ALL the love!!

If you’ve been around Shed Happens for any length of time, then you’ve likely seen our boy Indiana featured across our social media accounts.

Indy is a Flat-Coated Retriever mix that we adopted from Ohio.

He’s a MAJOR cuddler, a goofball and the ‘court jester’ of our family. If something is happening in our house that has one of us in tears, it’s often due to him.

Shout out to our boy and black-coated dogs everywhere!!

In an effort to help encourage the adoption of black-coated dogs, I would like to take today to highlight an issue that many of these pups will face in their adoption journey.

Today we’re going to talk about Black Dog Syndrome – What does that phrase mean, what impact does it have on dogs around the globe and what can we do.

What Is Black Dog Syndrome?

Black Dog Syndrome (BDS) is a phenomenon seen in many shelters in which black-coated dogs (especially larger black-coated dogs) are overlooked in favour of their lighter-coated counterparts.

BDS was first introduced in the early 2000s.

This led to studies and research examining the adoption rates, euthanasia rates and average time spent in shelters based on a dog’s age, sex, coat colour, breed, and other factors.

Unfortunately, in many areas of the world, spending too long in a shelter can be a death sentence.

Related: ‘14 Ways to Help Your Local Shelter or Rescue Organization Without Adopting‘

For this reason, many shelters, rescues and photographers have dedicated their time and effort to adoption campaigns focused on black-coated pets.

(Cats are also included as studies show that they, too, are often overlooked)

These campaigns highlight the beauty of these animals, helping to draw attention to those waiting for their forever homes – and with great return!

For this reason, many shelters, rescues and photographers have dedicated their time and effort to adoption campaigns focused on black-coated pets.

(Cats are also included as studies show that they, too, are often overlooked)

These campaigns highlight the beauty of these animals, helping to draw attention to those waiting for their forever homes – and with great return!

Some shelters have even found that black pets are now adopted faster than lighter-coated pups, a response to their efforts.

While this is GREAT news for those that have been adopted, many continue to wait.

For this reason, it’s important to continue discussing their struggles, the challenges they face and the reasons to support adoption (including, specifically, adoption of black-coated dogs).

They need us to speak up for them!

NOTE: There are other factors that can greatly impact a dog’s ability to be adopted that should also be considered. This includes:

That being said, I am a firm believer that there is a ‘best shelter dog’ for every family.  No two families are the same. No two dogs are the same.

It is important to highlight this individualized approach to adoption.

There are many theories why black dogs tend to be looked at differently.

However, it’s important to note that they are just that – theories. There is no definitive proof identifying the exact reason that Black Dog Syndrome exists.

Many point to the portrayal of black dogs throughout mythology, folklore and the media.

When discussing ‘bad omens’ or ‘the underworld’, black dogs are often seen as an important piece of the puzzle.

While most people don’t outwardly believe that a black-coated dog is evil, this messaging can create a subconscious bias.

It has also been pointed out that black dogs don’t often photograph as nicely.

Their faces are often seen as less expressive due to the fact that their features don’t stand out as much as they do on a lighter-coated dog.

Furthermore, their dark coats can make them a little harder to see in darker cages and kennels. Meanwhile, lighter-coated dogs stand out, catching the eye of potential adopters.

Other theories include the fact that black dogs are seen as ‘common’ or ‘boring in their appearance or they ‘look older’.

I have also heard of fears that black dogs will shed more, or their hair will be more noticeable.

Spoiler Alert: We have a black-coated dog and a lighter-coated dog, and it’s the second dog responsible for most of the hair around our house! Shedding is dependent on breed, not coat colour.

Related: ‘Find the Best Shelter Dog for Your Family by Following This Advice!‘

What Can We Do to Make A Difference?

If you’re reading all of this and wishing that there was something you could do to make a difference, good news!

While we can’t snap our fingers and eliminate the challenges faced by shelter and rescue dogs around the world, there are things that we can do to make a positive impact!

One of the easiest ways that you can assist black-coated dogs (or any dogs, for that matter) in finding a home is to help spread their story.

Look up the website or social media accounts of your local shelter or rescue organization and share the stories of the dogs that are currently in their care.

Each share helps to increase the number of people who will see that dog’s story, boosting the likelihood that the ‘right’ family will see.  Word of mouth is powerful!

It’s completely free and takes only a few seconds of your time… What do you have to lose?

Don’t be afraid to answer the question ‘What is Black Dog Syndrome’ for those who haven’t heard of it.

After all, this type of bias often isn’t a conscious choice. By making someone aware, you help break down the obstacles that shelter dogs face in their adoption journey.

Other great ways to support local shelter and rescue organizations include volunteering, making a donation, or running a fundraising event.

Whatever you choose to do, know that you are making a positive difference in the world!

Have you ever heard about black dog syndrome before? What factors influence your decision when it comes to adopting a pet?

Britt is a digital/social media marketer and the owner of The Social Alternative. When she’s not working, she enjoys spending her time with her ‘pack’ which includes her husband John, their 2 dogs Daviana and Indiana and their 2 cats Pippen and Jinx. A proud pet mom, she shares all her pet-related tips, tricks and funny pet antics on Shed Happens. 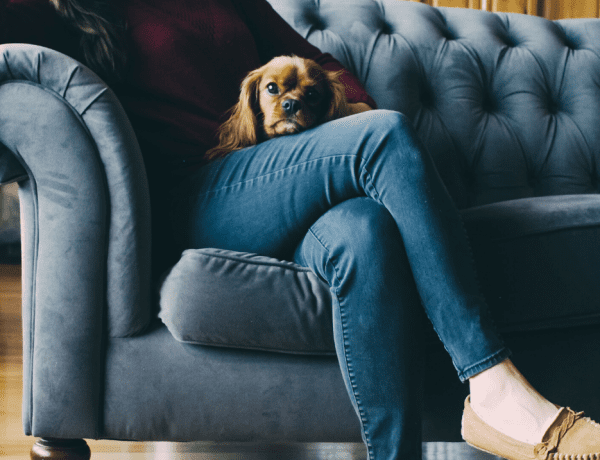 Looking For a Pet Sitter? 9 Tips You Should Consider! 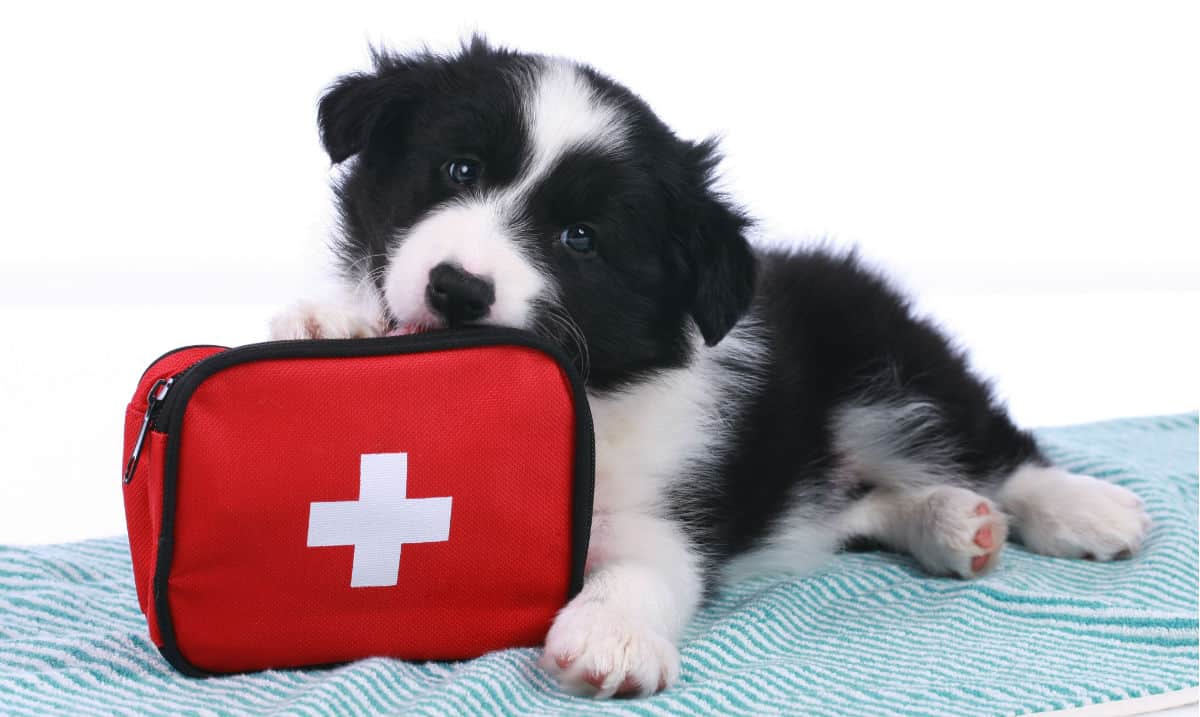 Be Prepared With This DIY Dog First Aid Kit

5 Benefits of Homemade Treats for Dogs (and Other Pets) 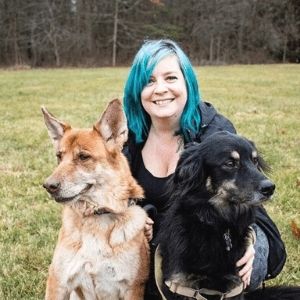 Camping Hack for Dog Lovers: If you want to be abl

Looking for a quality leash or collar?? Knowing we

Are you looking for a good way to get your 'pack'

Welcome to the family Lucifer (formerly Gibby) We

"In ancient times, cats were worshipped as gods; t 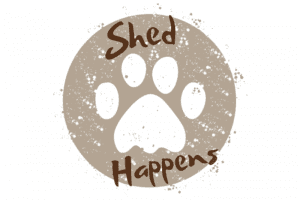